Welcome to the, "Betrayal Knows My Name" Wikia! 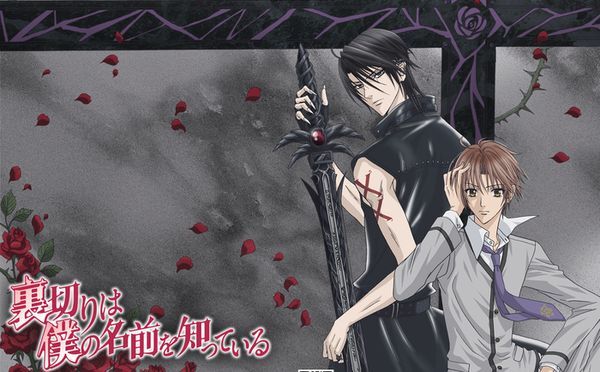 Growing up as an orphan, Yuki Sakurai questions his reason for living and ability to see a person's painful memory by simply touching them. After receiving anonymous notes telling him to die, Yuki is unable to shake off the nagging feeling forming inside of him. Unbeknownst to him, he is being watched, both by people who want to harm him and those who want to protect him.

One foggy night, Yuki's life is saved by a beautiful man with silver eyes and jet black hair—a man he has never met before yet seems familiar. With the arrival of this mysterious stranger, Yuki's forgotten past has been awakened and the purpose of his existence has appeared before him.

Uragiri wa Boku no Namae wo Shitteiru tells the story of a teenage boy as he discovers who he is and where he comes from—all while making friends, experiencing betrayal, and slowly piecing together the puzzle of his past.

Community content is available under CC-BY-SA unless otherwise noted.
Advertisement